The cheapest and dopiest drug ever!

The drug of the 1960s has spread its roots to the present date. The Zombie Culture has begun with literally showing cannibalistic traits. Flakka aka gravel is the street name for PVP (Pyrrolidinopentiophenone) that is a compound found in bath salts, is a manmade synthetic dope.

How it came into being?

The year 1960 is also termed as a “dope era” because of the jazz and pop culture that prevailed, cocaine and drug abuse were at its peaks. The little knowledge of what the drugs may result in people; were dancing and fooling around in its influence. If any drug ever termed as the most influential on the body is the “coke” street name for cocaine; made from marijuana. This cannabis also is known as the “reefer madness” was so strong that the youth was getting addicted to the first intake. But it was expensive, way expensive, so the clever minded people came up with a substitute; the bath salts. Flakka first spread in South Florida and is now prevalent in countries like Europe, Russia, Mexico and Brazil. With the price of $3 to $5, the drug is so cheap that the homeless can afford. Brazil and Mexico are highly infested drug states, the hub of drugs all over the world and Flakka the recent edition is openly sold in Brazil. The cheapest and dopiest drug ever makes you so groggy that you lose all your senses at first and experience euphoria.

What can Flakka do to you?

The people who are familiar with cocaine can tell how cocaine makes you feel energized and active and how painful the withdrawal symptoms are which keeps them motivated to inject more and more into their bodies. Flakka is a similar type but with horrible consequences. The first time you take you will feel positive effects like being active, working hard and being cheerful all the time but the flaw with this drug is every time you take, you take a bit more than the previous dose and the effects turn from positive to negative making it 10 times stronger than cocaine but 1000 times horrible than any other drug found. In the year 2016, a 19 year old student named Austin Harrouff killed a Florida based couple and became a cannibal by eating half of the man’s face and abdomen. A horrifying incident ever occurred in mankind’s history in full public display. The student is believed to be under the effects of Flakka which made him a cannibal one of the worst side effects of consuming Flakka.

Flakka is supposed to increase your stamina, sex drive and hormone levels at first making you feel happy about yourself but according to the research done by American Institute of Narcotics, it is said that the sex drive of the individual heightens at unimaginable levels. In a story shared on the internet, revealed a few years back, a boy was found eating his girlfriend for days. The post mortem reports showed that she was raped and bitten off simultaneously. Heinous act! How much truth is in this story? Nobody knows as of now. It is also believed that the movie “Boy Eats Girl” released in the year 2005 was inspired by this act. Though it is said to be a baseless allegation, people believe what they want to.

The incidents of Flakka drugs have increased in recent years. From girls and boys running naked on the streets to destroying public property and harming themselves showing suicidal instincts, the acts are endless. People are afraid to leave their homes for offices or going out at night. Britain’s latest incidents of Flakka drug use and the spice is horrifying people to just go out of their houses.

Spice just like Flakka is termed as a zombie drug. A product made by John Huffman an American Chemist working at Clemson University was studying the effects of cannabis on the human brain and it involved making synthetic compounds similar to marijuana to know what it can do. That resulted in the creation of JWH-018, derived after the chemist’s name and much known today by the street name of “Spice”. This drug is killing, destroying yourself as well as people around you and the age of “spice nightmare” according to the “Washington Post” has started. People are advised to be vigilant for their own safety.

Why hasn’t government banned these out of the market?

Governments have specifically banned Flakka again and again. It’s only recently that America lifted the ban on the “bath salt”. China banned the drug immediately only until now after the top trafficker of Flakka “Ben” was arrested by Police at Pompano Beach. The ban restricts on and off as per the government thinking. Nobody really knows why it is not permanently banned.

Is it possible to get over the Flakka drug abuse?

Dr Indra Cidambi an addiction medicine expert and director of Network Therapy from Middlesex, USA is an Indian psychiatrist creating awareness amongst the people about the Flakka drug. According to her, the Flakka after effects after the intake is long and can take up to several days just to get normal. The process is excruciatingly painful and only the will power of the person can help them to get through it.

The dangers of its use are endless. It raises the temperature of the boy up to 104 degrees enough to cause fever, vomiting, severe headaches and multiple brain problems. Its affects the kidney and heart as well as it can lead to heart strokes. People can die quickly and sometimes it results in instant death due to overdose or long usage of the drug. People can die in just 16 months from the day they started abusing themselves with Flakka.

But if you have the will power to live, certainly the doctors can help you in getting over it though this involves a lot of patience, struggle and risks but it is possible.

Don’t give up! Stay strong, fight the Dope! 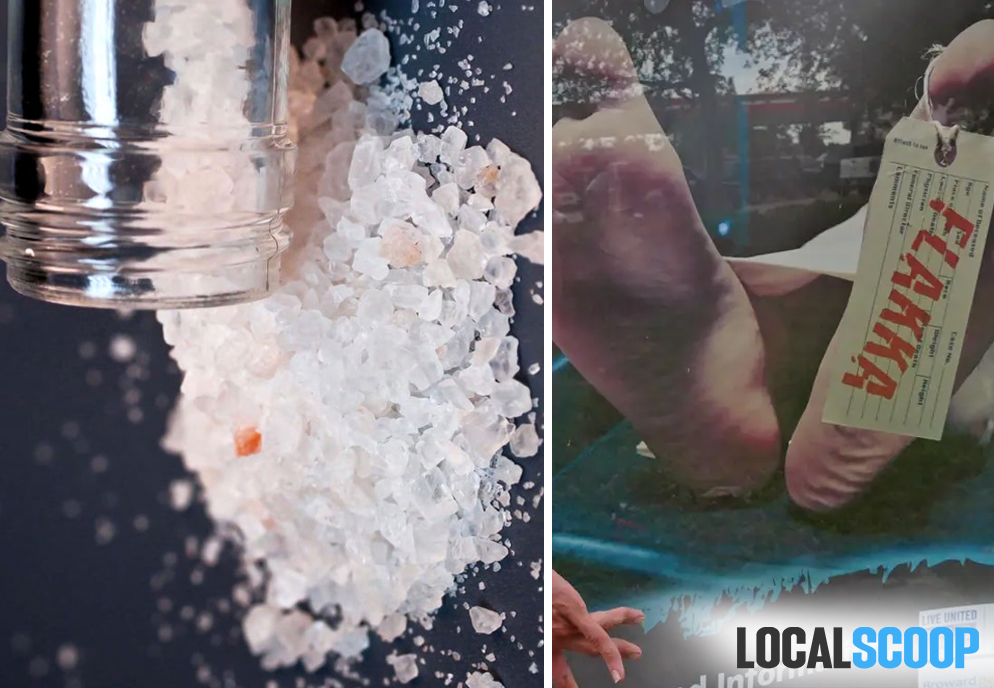 Article Name
Flakka, Spice Killing The Youth
Description
Bath salt that turned into Flakka, popularly known as the Zombie Drug is worsening the situation all around the world and particularly in Florida. Know in detail about Flakka and how you can stop its abuse.
Author
Jasmine Sidhu
Publisher Name
Local Scoop
Publisher Logo