Racism has always been a debatable topic, from people condemning to crowning it on their heads; it has affected all spheres of the world. If we look down deep in history, blacks were condemned of their color and looked upon as being cursed or diseased. The misery of the black people was so much that even in their own country i.e. from where they originated; Africa, they were disliked. Africa is divided into North and South with North belonging to the dark people and South to the white though all of them are of the same race. South Africans have many a times in the past considered them different from the blacks of the North and consider them as the part of the white clan as they are born white. Even their own judicial system promotes the white and not the black. Though with time it changed for good but in other parts of the world people every now and then fall victim to racism.

The stories of cruelties done to the black are famous all over the world. The concept of slavery that first came into existence is filled with antagonizing extremities on the black. From raping their woman to burning the blacks alive, horrible things were done to them in the extremes.

But are the times changing now? Have we become civilized and tolerant for the blacks? Or are we still delusional?

The major question that I have is why to use the word “tolerant” and who gives us the right to say that we are now tolerating the blacks? Many a times it is addressed to follow the policy of toleration and co-exist within your society. If there is tolerance then it is short lived. There shouldn’t be tolerance but acceptance for each other only then can we live harmoniously and be humane. If we could understand this then the recent events like that of Charlottesville in which the white supremacists who stood up against the black rallying and brutally killing a 32 year old woman Heather Heyer in an incident where a car was run over her would not have happened. It was excruciatingly painful for her as well as for the onlookers.

She was a fighter and was standing for democracy and has helped many people in her lifetime to rise and shine again and be proud of what color, creed or race they may belong to. Not only this, even after this shocking incident and successfully arresting the alleged culprit James Alex still the white supremacists were in no mood of leaving their stand. From days after the incident when the Confederate monuments were tried to either being draped in black or taken off, there was again a rally conducted by the white supremacists headed by Richard Spencer raising the slogan “You will not replace us” was seen marching and terrorizing the locals.

Utterly disgusting! We are becoming barbaric and this is no way we can ever live together in peace and harmony.

Now, here comes an inspiring story of a black woman from Sudan, Nyakim Gatwech. She has been an inspiration to the world. The stories that she has shared herself on Instagram and interviews are heart-warming inspiring the young girls of today no matter what color they are painted by God. She became a news sensation when she posted an incident on Instagram that happened with her. That incident was about an Uber driver looking at her skin who pointed out that if you are given $10k would you bleach yourself? This was not the first time that she was stood up and asked questions like that before in her life. But by this time this incident happened she was grown, mature and loved herself which she understood over the years how important it is to cherish and love the beauty that is gifted to you by the almighty. She laughed and answered the driver with a firm “no”. And this is what she is trying to convey today the concept of “self love”.

When she was a child, she used to hate herself all the time. Her skin was very darkly pigmented, darker than the blacks we usually see. This is the reason that she felt that she is ugly and nobody would like her. To her shock, everybody also hated the way she looks which added to her misery. She was a victim of bullying her entire life. Her color was the reason people wouldn’t sit next to her. She had no friends and nobody wanted to talk to her either. A very tough life she was leading. The worst thing that you can do to a human is to make him isolated. Humans can’t stay alone, they are made social by God and when they are made to stay aloof they can lose their minds and fall prey to depression. But Nyakim Gatwech was a stronger woman from inside more than she knew herself.

She quickly realized that how gifted her skin is. All she had to do was to believe that she is beautiful and unique. She is special. The moment she started loving herself, that was the moment that changed everything in her life. She was no longer ashamed. Nobody could bully her because she could fight back and be proud of her skin. So much so that today she is a supermodel and famous with the name of “Queen of the Dark” or “Black Queen” given by her fans from all over the world. She is an Instagram sensation. People love her and adore her for what she is. Her black skin which was once condemned upon is now looked as black as coal radiating like diamonds. The perception of the people change and why do you think that happened?

She became an inspiration and she continuously stresses on “self love”. This is what changed her life and this how the point of view of people changed towards her because she started accepting who she is. Self love doesn’t mean being obsessive about oneself and negating the other. It is entirely opposite to what Nyakim Gatwech perceives. She means to love oneself as well as cherish the others. It is only when you love yourself, you start accepting others the way they are and make the world a better place to live in.

Isn’t this what we all should do? We most of the times are not living for ourselves but for others. You only look beautiful if your boyfriend or husband praises you and if you are not you think you are not pretty enough. Isn’t that so? This doesn’t only apply to girls but to boys as well. It is when you lose faith in yourself, people lose faith in you. We are continuously looking for affirmation from others rather than from ourselves. This is the reason that most of the time we are left miserable fighting our feelings every day. Whether you are in the office working or home cooking you need somebody to appreciate you or else you start thinking you are not good enough.

Well, it is time to stop being a self critic and start loving yourself for whoever you are. Leave the world of clichés behind like “self criticism is the best criticism” etc. Today the world needs to learn that it is not the criticism that changes you but your thought that helps you grow positively. Negative thoughts incur negativity and positive thoughts incur positivity. As simple as that!

Love your aura just like Nyakim Gatwech did and it changed her life for good. We all have the abilities to make our lives hell or heaven. It all depends upon what choices we make and how we choose to project ourselves in the society. 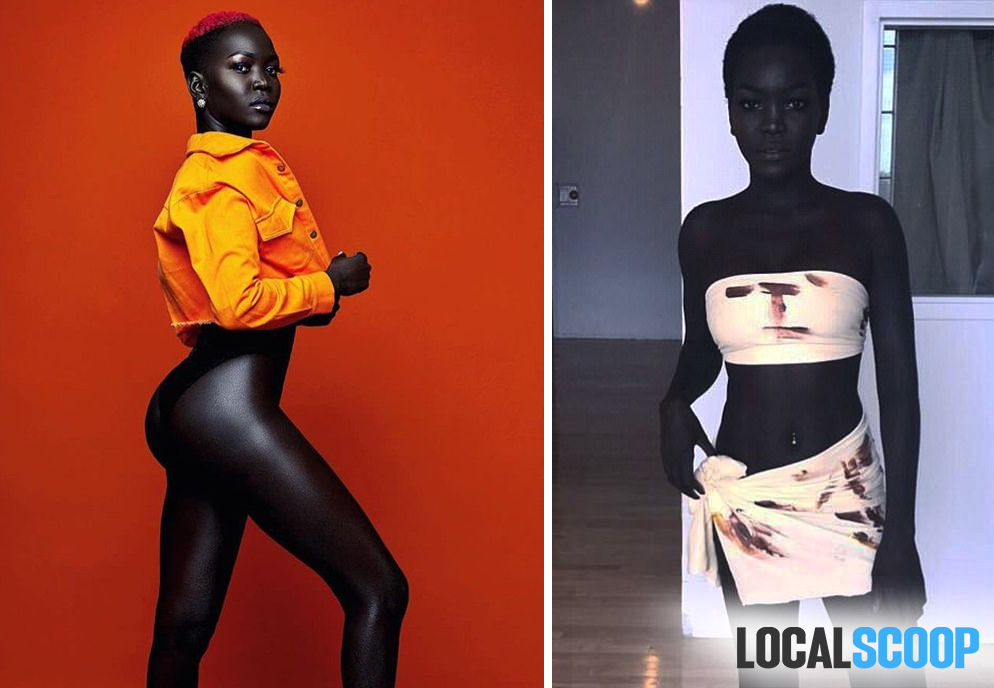 Article Name
Self Love! A story of Nyakim Gatwech
Description
A person who fought racism, negative comments within her own community, had a rough childhood and much more is now a supermodel ruling the world with her grace and kindness known by the name Nyakim Gatwech. Read to know her story on LocalScoop.in
Author
Jasmine Sidhu
Publisher Name
Local Scoop
Publisher Logo